The Reason for Setting up the Coronavirus Provocation by V. A. Shemshuk

As far back as in 2017, both the British queen Elizabeth II and a former NASA administrator, Charles Bolden, warned us that in two years there would be an alien intervention.

In the guise of coronavirus COVID-19, people were forced to stay at their homes, and if they do not obey, 5G equipment gets turned on. This equipment is being implemented all around the globe allegedly for the improvement of mobile coverage and widespread internet. In reality, according to the research of a British biologist, Mark Steele, 5G equipment is a military microwave weapon against people and if turned on with the full power it can instantly kill a human being. The same effect is observed at half-power but with constant operation of 5G equipment. If 5G equipment is turned on periodically, people are being killed gradually for such an effect causes mutations in the spleen and bone marrow. These organs are known to be responsible for the immunity of a human body. If a body loses its immunity, this human being can die of any virus, bacteria, or microbe although the diagnosis, which will be indicated in the medical papers, is coronavirus COVID-19.

It was expected that in Russia 5G equipment would be set for the frequency of 3.4 GHz. This frequency penetrates walls and covers a dedicated area with a small number of towers with 5G equipment. However, the radio frequencies committee, where vassals of alien invaders are dominating, has ordered to use the frequency of 38 GHz. This frequency propagates within only 200 meters which requires to install additional towers with 5G equipment. For this reason, the cost of transition from 4G (0.8 – 2.7 GHz frequency range) to 5G set to 38 GHz will be increased by minimum of 2 times.

Therefore, it is clear that the 5G project is financed by occupants, for whom money is never an issue, and this technology has been created not for the improvement of mobile coverage and internet but for the extirpation of human beings. Such can be concluded since it is known that this frequency vastly destroys human organs and

DNA of human cells thus breaking functionality not only of the spleen and bone marrow but all other organs eventually.

In general, consumer microwave ovens operate at the frequency of 2.45 GHz. This means that spending many hours a day near a full power operating 4G equipment tower resembles sitting in a big microwave oven which leads to increase of cancer particularly, but 5G equipment brings even more severe consequences. India has already reported about increased number of cases with cancer, and they relate such an increase to the widespread installation of 4G equipment towers. Just imagine effect of 5G equipment with its much smaller wave lengths! Of course, it is for the convenience of alien occupants to make us think that coronavirus COVID- 19 has contagious nature in order to continue operation and installation of 5G equipment which is the real source of the problem. Organs fail quickly because of 5G operation! In the areas which do not yet have 5G systems, coronavirus COVID- 19 is simply a flu, people don’t notice anything unusual with their health and get well with the regular speed of recovery without any consequences.

We were made to think that alien invaders would arrive in their space crafts and an apparent war would occur, but it turned out that we are being annihilated in the guise of coronavirus COVID-19. Previously, alien occupants were planning to resettle people of the planet Earth to the other planet, called Nemesis. However, after its explosion in May 2019, detected by all the observatories remaining in service, alien aggressors have decided to get rid of humankind.

In order to justify their extirpating strategy, alien invaders have made efforts to put the existing consciousness of humankind much lower by imposing on people absurd thinking which should prove our lack of rationality and intelligence. These insane ideas have been heard by everyone by now: the planet Earth is flat, the Sun is a lamp, aliens and stars do not exist, the stars are holograms, people have never been to outer space and never landed on the Moon, the space programs exist only for money laundering, Russia and the USA are not space powers, but territories sunk in corruption, etc. This strategy helped alien occupants to move humankind from the category of conditionally rational beings down to the category of irrational beings with all the consequences that entails.

wrong beliefs such as the theory of relativity, expanding universe, wrong distances to the planets and stars (in reality, these distances are billions of times less), the planet Earth is the only populated planet, and many others. Nevertheless, even being in the status of conditionally rational beings, it was forbidden to touch humankind. However, after the theory of the flat planet Earth and the accompanied raving were widely accepted, humankind has been declared as irrational. It created solid grounds for the possibility and necessity to wipe people out from the planet Earth. At the same time, we understand that these insane thoughts and theories are mainly accepted by people’s clones, which have been intensely introduced among people.

And now, alien invaders impudently annihilate people trying to empty towns and cities in the guise of coronavirus, which under condition of the stay home order is going fast and easy.

Of course, each empty city or town has its own reasons for being abandoned by people. However, these reasons are only a cover for activity of alien invaders and majority of empty towns and cities do not have good reasons for abandoning. People were simply abducted by alien invaders without inventing any reasons for disappearance of people. So many thousands of people go missing every year around the globe.

One more reason to implement the stay home order is their plan to cause an economy crisis, when all the businesses, operations, and manufacturing will stop and hunger, devastation, looting, and chaos will emerge. Under such widespread condition around the globe, the emotional field of the planet Earth will cause wakening of the super volcanoes, such as Yellowstone, suppressed by the strong magnetic field of the parallel civilizations at this time.

However, in case of the economy crisis, the negative emotional field of the humankind and thus of the planet Earth will become so strong that the strongest magnetic field would not be sufficient to suppress the Yellowstone super volcano. Recall how the big earthquakes spread along the Eurasian continent in the beginning of WWI and WWII, or the Tian Shan earthquake in 1976 in China induced by the cultural revolution and accompanied by annihilation and harassment of people, which ended with the catastrophe.

The reason is that any earthquake is related to the frequency of 7 Hz, which is the frequency of fear and horror. All the emotions which accompany wars and tyrannies eventually cause natural disasters. Alien invaders are trying to trigger the Yellowstone earthquake to help eradicate humankind for their benefit.

Thus, alien occupants are working on a large scale to eradicate humankind as soon as possible for their benefit: imposing false science, abducting people, implementing 5G systems leading to the false COVID-19 pandemic, triggering the economy crisis around the globe followed by ignition of the super volcanoes.

There are many civilizations, who lost their planets, in the universe and outer space, and therefore, our planet Earth is their choice and they fight for it between each other. Also, such facts as the new underground vibrations of sounds and explosions triggering earthquakes, similar to those in 2011, and observed collisions of UFO armadas prove the seriousness of alien aggressors to arrogate our planet.

Yet, alien invaders fight with each other for our planet Earth not only to clear it of humankind and populate it according to their interests but also because our ancestors have created here the Seven Wonders. One of these Wonders is the Logos, that is the central computer, which can control the universes. Luckily for us, this fighting of alien civilizations between each other offers us a chance, although a small one, to break the current situation for our benefit.

Some time ago, a Russian scientist, Victor Rogozhkin, one of the creators of the science of eniology, has discovered that if one enunciates the phrase “My will, mind and senses are untouchable. I am a free human being with free will and I do not allow others to control me with any chips or any other influence suppressing my will” then aliens come at night, remove their chips, and stop controlling this human being with any kind of vibrations.

Therefore, if all the people enunciate the above phrases along with the Prayer to Save the Planet Earth and Help Humankind to Join the Space Coalition, these two verbal formulas will produce their inevitable effect and the planet Earth will become free from alien parasites and aggressors.

The Prayer has been written jointly by Earthlings. It should be enunciated in the beginning of any even hour of local time, and there is a collective enunciation at 12pm and 12am of Moscow time (UTC+3). Anyone can join this enunciation and

stay locally. The Prayer itself and its Manual are given in the accompanied files and on the website: https://www.shemshuk.net.

If there is enough of interested people enunciating the Prayer, then something similar to the following can happen: when the American navy was sent to Japan after Pearl Harbor was bombed in 1941, people of Japan all at once sent curses and spells to the fleet; the storm happened, and the fleet sank. Just remembering this fact of the collective power which occurred recently, we become convinced that we have a real chance to free ourselves from alien occupants and we should take advantage of it.

Below are some examples of the abandoned cities: 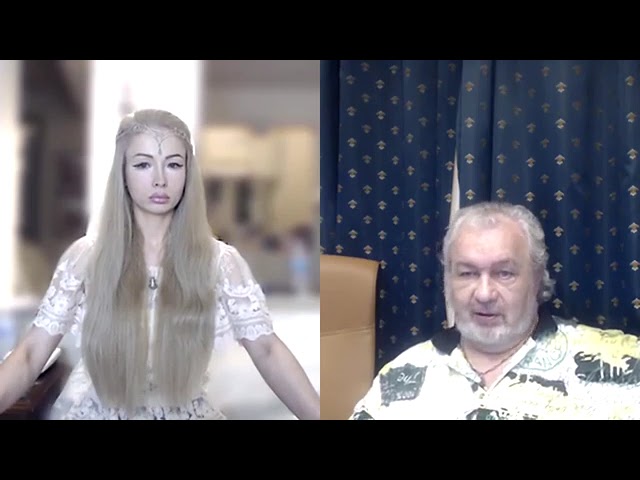 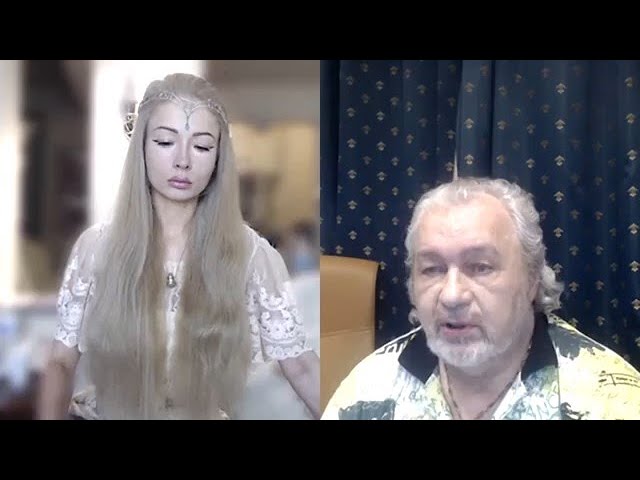 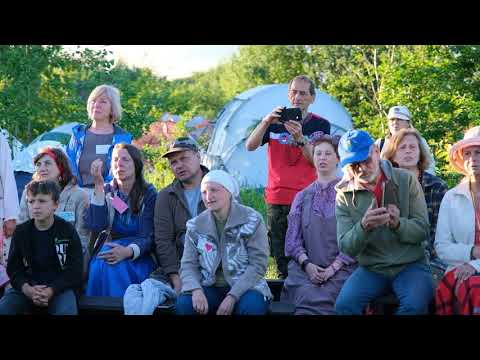